Steaming is one of the most common methods for preparing vegetables, but this moist-heat cooking method can also be used to prepare fish and Asian dumplings. When done correctly, steaming is a cooking method that uses hot steam to transfer heat to food without disturbing it in a boiling liquid, resulting in tender, moist food.

The Science of Steaming

When food is steamed, it is cooked at a higher temperature than when it is poached, braised, or stewed. Once heated beyond 212 degrees Fahrenheit, the water ceases to be water and becomes steam. Steaming has an advantage over boiling and even simmering in that there is no agitation, making it gentler on delicate foods such as seafood. And because it does not require submerging the food, it prevents the loss of nutrients due to leaching. Additionally, it cooks quickly.

Two simple pieces of equipment are required for stovetop steaming: a pot and a steamer basket. The pot is filled with a small amount of simmering liquid; the food to be cooked is suspended in a basket above the liquid, and the pot is then covered. The hot steam circulates throughout the pot and rapidly cooks the food. This method is referred to as “compartment steaming.” (An example of a compartment steamer is the bamboo steamers utilized in Asian cuisine.)

The bottom of the steamer basket mustn’t come into contact with the simmering water, as this would add too much moisture to the vegetables and prevent them from being adequately steamed.

Food can also be steamed in the microwave, an ideal appliance for cooking because it “excites the liquids in food.” You can make your steaming system by placing the food in a microwave-safe dish, sprinkling it with water or another liquid, and covering it with plastic wrap that has been perforated. You will achieve perfectly steamed food after only a few minutes of cooking. You can also purchase a microwave-specific steamer basket if you frequently use this method.

Before the popularity of oven-roasting and grilling vegetables, steaming was the most common method for preparing vegetable side dishes at home. Too frequently, however, vegetables were left uncooked after cooking, leaving them flavorless and bland. Or, the vegetables were steamed for too long, resulting in a dark-colored, tasteless mush.

However, vegetables, including potatoes, benefit from steam cooking correctly. Some vegetables, such as broccoli and cauliflower, can become soggy when simmered; therefore, steaming is an excellent alternative cooking method. And steaming can be a good starting point for cooking certain vegetables in alternative ways; for instance, steaming broccoli before adding it to a stir-fry will ensure that the broccoli is crisp-tender. And boiling potatoes before slicing and placing them on the grill will drastically reduce their grilling time.

Seafood lends itself particularly well to steaming. The cooking liquid (typically a broth, stock, or wine for flavoring) and aromatic herbs are gently simmered to produce savory steam with compartment burning. The moist environment within the steamer compartment aids in maintaining the fish’s tenderness and flavor.

Additionally, seafood can be steamed in its juices. Frequently, mussels are cooked in a large, covered pot with a small amount of wine. As the pot heats, the mussels cook in the steam produced by their juices, which combine with the wine and other ingredients to form a flavorful sauce.

Cooking en papillote (“in the paper”) or in packets is another cooking method with steam. Frequently used for cooking fish, this method involves enclosing the food in a pouch of parchment paper or aluminum foil and a small amount of liquid (often wine) and possibly lemon, herbs, or thinly sliced vegetables. The packet is then heated in an oven or on a grill, allowing the food within to cook in its own steam.

The Health Advantages of Steaming

In addition to being a straightforward cooking method, steaming is a healthy way to prepare food. Compared to most other cooking methods, steaming foods preserve up to 50 percent more nutrients and require no fats. This makes steaming an ideal cooking method for those who are calorie and fat conscious. Just remember to season! 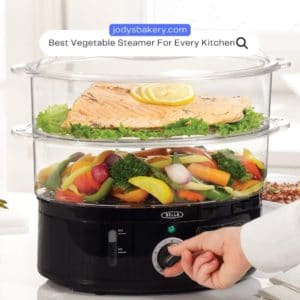 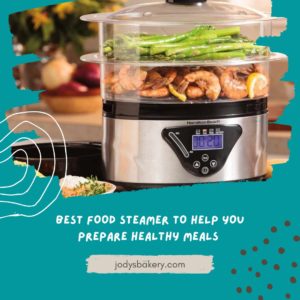 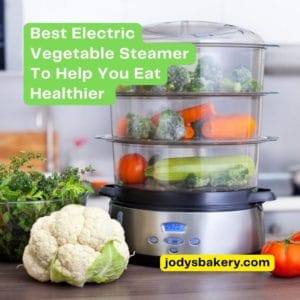